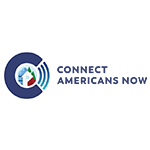 Connect Americans Now (CAN), a group designed to ensure access to low band spectrum and to broadband connectivity, announced its launch today. The group is a diverse alliance of community leaders, rural advocates and top innovators that plans to work with the Federal Communications Commission and other policymakers.

“All Americans – regardless of where they live – deserve access to high-speed internet,” said Richard T. Cullen, CAN executive director, in a prepared statement. “Without a broadband connection, millions of students struggle to keep up with their assignments, Americans in rural areas are unable to fully utilize telemedicine, farmers are denied the promise of precision agriculture and businesses are unable to tap into the world of online commerce. Congress and the FCC must stand with rural America by allowing internet service providers to deliver broadband via white spaces spectrum.”

“There are amazing educational resources online, but students without broadband can easily fall behind their peers,” add National Rural Education Association executive director Allen Pratt, in a prepared statement. “In rural communities, the digital divide is standing between millions of kids and the ability to research an author, watch a documentary, or just turn in assignments. We want all students to learn the computer skills that will help them succeed in the 21st century. We urge regulators to open a dialogue with our team at Connect Americans Now and unlock the incredible possibilities offered by this low band white spaces spectrum.”

As a part of the initial launch, CAN is forming partnerships across rural America to educate stakeholders about the opportunities available via long-range, wireless broadband over TV white spaces spectrum. The group is also spearheading an advocacy campaign aimed at FCC regulators.

Microsoft has been pushing for TV white spaces broadband, through their Rural Airband initiative, for some time now, and has partnered with several rural broadband carriers to demonstrate the capabilities. In July of last year, they announced 20 projects across the globe were using the technology, serving about 185K subscribers. Microsoft says they hope to bring  broadband via Airband to 2 million people in rural America by 2022, as a part of their broader TechSpark program.