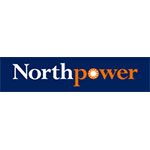 A live NG-PON2 demo is taking place in New Zealand, delivering 10 Gbps connectivity across Northpower Fibre’s network, reports broadband access gear provider Calix.  This represents the first live demonstration of the next-generation FTTP technology on a commercial network in the world, according to the companies.

Northpower Fibre is an open access provider of broadband connectivity to retail ISPs in New Zealand. The company is owned by a major electric power firm, with a structure similar to that of a cooperative here in the U.S. Northpower Fibre is building a fiber network and leasing capacity to multiple ISPs, who in turn provide service to end customers.

“Northpower Fibre has the vision and desire to set the bar for the rest of the industry, paving the way for AXOS and SDA to bring true 10 gigabits per second multi-wavelength services over NG-PON2 to service providers around the world,” said Shane Eleniak, Calix vice president of product line leadership in a press release.

Live NG-PON2 Demo
According to Calix, part of the appeal of moving to NG-PON2 for Northpower is the ability to independently operate multiple 10 Gbps wavelengths on a single fiber. This allows ISPs to manage their wavelength independently of other ISPs on the same fiber. Calix’s software defined access (SDA) platform AXOS is also beneficial to this arrangement, allowing Northpoint to make live upgrades to the network without disrupting service to multiple providers across a single network, according to the company.

“We’ve shown the world that NG-PON2 is real, and we are excited for all of the new efficiencies and opportunities NG-PON2 will bring to our future business,” said Darren Mason, CEO of Northpower Fibre in the press release.

The live demo is delivering 10 Gbps connectivity over multiple wavelengths to a business premises and residential home. Northpower Fibre plans to connect 12 new towns to fiber within the next four years, as a part of New Zealand’s master broadband plan, UFB.

NG-PON2 activity is gaining momentum around the world, including in the U.S. Verizon just recently concluded a field trial of NG-PON2, as a part of their Verizon OMCI specification, which they hope will be adopted as an industry standard for NG-PON2 interoperability.

A second next-generation FTTP standard, XGS-PON is also in play. One major difference between XGS-PON and NG-PON2 is the number of wavelengths they support, with NG-PON2 supporting multiple wavelengths and XGS-PON offering a single wavelength. Both standards are compatible with today’s widely deployed GPON standard.