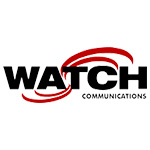 Watch Communications, the wireless ISP subsidiary of Benton Ridge Telephone Company, has acquired Sit-CO, a fiber and fixed wireless broadband provider based in Evansville, Indiana. Watch already serves parts of rural Indiana, as well as rural areas of Illinois and Ohio, and was already expanding service in those states thanks to being one of the largest winners in the 2018 Connect America Fund CAF II auction.

That auction awarded funding to help cover the cost of deploying high-speed broadband to rural areas lacking such service. Funding went to the companies that committed to deploy service at the lowest level of support. Watch Communications won over $52 million – to be distributed over 10 years – to bring service at speeds of at least 100 Mbps downstream in some areas and at least 25 Mbps in other areas. The company received funding for 24,000 new locations in total.

Sit-CO offers service in Evansville, as well as Princeton, Mount Vernon, Boonville and other rural areas of southwestern Indiana. According to a press release about the acquisition, Watch Communications expects to upgrade the Sit-CO infrastructure in a “phased” manner. This isn’t surprising, considering that the company said previously that it would be upgrading its own existing infrastructure as it deployed service to new areas funded through CAF II.

“The Sit-CO network provides a solid baseline from which we will launch new areas of coverage in unserved and underserved areas of southwestern Indiana,” said Chris Daniels, Watch Communications CEO and president, in the press release.

Watch Communications also noted that the acquisition brings a “substantial facility for the expansion of its data center operations” and that the company “will continue to deliver TV, voice, internet and other related services from this full-service data center.”

On a Roll
The Sit-Co acquisition continues the roll that Watch Communications has been on since winning the CAF II funding. In 2019, the company also became a Microsoft Airband partner. That program aims to bring broadband to unserved rural areas of multiple states, relying largely on fixed wireless broadband.

As a recent Telecompetitor roundup illustrates, 2019 was a big year for broadband mergers and acquisitions, many of which involved smaller broadband providers. It’s too soon to tell if that trend will continue into 2020, but the Watch/ Sit-Co deal suggests it certainly might.