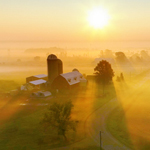 The commission says it is ready to authorize CAF II funding for an auction winner when it has reviewed and approved the company’s long-form application. The company then must submit an appropriate letter of credit and a bankruptcy opinion letter before funding can be released.

Companies on a “ready to authorize” list released last week include:

The CAF II program used a reverse auction to award $1.488 billion in funding for certain rural areas lacking high-speed broadband. Winners were those entities that committed to deploying broadband with the lowest level of support, with a weighting system used to favor bids to provide faster, lower-latency service. Incumbent and competitive telcos, wireless ISPs, fixed wireless providers, satellite broadband providers and others were among the winners.

As a result of the weighting system, many bidders committed to delivering the highest-speed options, including service at speeds of at least 100 Mbps downstream and as high as 1 Gbps. Because of this, CAF II played a major role in shaping plans for the Rural Digital Opportunity Fund (RDOF) auction, which is expected to begin in October and will award up to $20.4 billion over 10 years.

Additional information about the Arizona, Colorado, Nebraska, Missouri, Oklahoma and Pennsylvania CAF II funding can be found in this FCC document.

As of now, the FCC already has authorized funding for the vast majority of CAF II winning bidders.