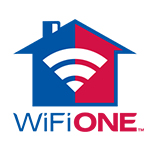 Cable ONE today announced the launch of WiFi ONE, a home networking system that will provide access to the company’s wireless broadband services across multiple devices throughout customers’ homes. The Cable ONE WiFi offering is designed to offer high speeds, with the goal of enabling customers’ WiFi speeds to match their broadband speeds. More than 9 in 10 Cable ONE customers currently access the company’s broadband network at speeds ranging from 100 Mbps to 1 Gbps, management highlights in a press release.

Cable ONE WiFi
Cable ONE, the nation’s seventh largest cable MSO, is leveraging emerging technical support resources as it promotes WiFi ONE as well. Signal mapping will be used by certified technicians to determine the optimal location of WiFi ONE gateways in customers’ homes. Systems will be configured on a custom tailored basis and may include installation of 4×4 MU-MIMO (multiuser multiple input-multiple output) antennas with signals carried by N or AC radios and MoCA extenders.

“This advanced WiFi product, combined with the fastest speeds in the majority of the markets we serve, will give our customers a superior Internet experience,” Chavez said in a press release. “Response to our 100Mbps and faster Internet speeds has been outstanding, and we want to make sure our customers enjoy the fastest possible WiFi speeds throughout their homes. WiFi ONE will deliver just that – backed by a 100 percent satisfaction guarantee.”

Cable ONE has invested over $700 million over the past five years to upgrade and enhance its network, management points out. “We’re proud to say that we have bridged the digital divide in Cable ONE markets,” Chavez added.

Cable ONE subscribers who lease módems from the company can sign up for WiFi ONE at no additional cost. All others can upgrade by leasing a Cable ONE modem for $8 per month, according to the company.

A recently released  survey found strong interest in service provider Wi-Fi. Nearly 8 in 10 U.S. and U.K. consumers would rather their Internet service providers (ISPs) provide them with in-home Wi-Fi gear as opposed to buying it themselves, according to the market research, which comes from from AirTies, a provider of Wi-Fi mesh technology.

More than 4 in 10 of 1,050 survey respondents (43%) who live in homes in which more than one person uses Wi-Fi said there were areas in their homes where Internet service doesn’t work. More than half (54%) said they had called their ISPs to complain about their home Internet or Wi-Fi service, according to results obtained by Qualtrics, which was commissioned to conduct the study.