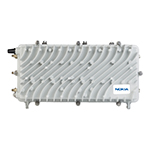 As the cable industry rolls out DOCSIS 3.1 over existing infrastructure, cable companies should have no trouble offering gigabit broadband – at least for a while. But as take rates climb and as the cable companies get set to support multigigabit speeds, they are looking to roll out deep fiber and new network architectures, as an announcement today from WOW! and several product announcements from WOW! supplier Nokia illustrate.

WOW! said it will deploy Nokia’s virtualized Distributed Access Architecture (vDAA) – a new approach to cable access technology that relies heavily on software defined networking (SDN) and network functions virtualization (NFV). WOW! will bring fiber closer to end users but will continue to rely on existing coax for the final connection into customers’ homes, a Nokia spokesperson explained in an email to Telecompetitor. The goal is to support multigigabit services while also reducing operating expenses.

The spokesman added, though, that deploying deep fiber is not a requirement for the new network architecture.

“As they split/add nodes, they will be reducing service group size and taking fiber deeper,” the spokesperson said of “WOW!. “WOW! is planning to bring fiber deeper into its network so that over the course of the next year, every service group across the company’s entire footprint will contain 100 subscribers or less. As WOW! splits nodes through this process, it will deploy new Nokia nodes wherever possible.” An example of a Nokia deep fiber node is shown in the thumbnail art that accompanies this post.

Cable Deep Fiber
Nokia is one of several manufacturers – including Adtran, Calix and Ciena – that are pursuing cable deep fiber opportunities. Hossam Salib, vice president of cable and wireless strategy for Adtran, reviewed fiber deep options developed by Cablelabs in a recent interview with Telecompetitor.

As take rates climb, supporting gigabit over DOCSIS 3.1 using traditional network architecture becomes increasingly problematic, noted Salib. Cablecos also want to support even higher speeds, particularly on the upstream path. Together, these considerations are driving cablecos to look at rolling out deep fiber – taking fiber closer to the home or, in some cases, all the way to the home.

For cableco deep fiber initiatives that stop short of the home, rather than installing additional CMTS/CCAP equipment in the headend, cablecos are virtualizing CMTS and CCAP functionality and moving it deeper into the network. When coax is used for the final connection into the home, cable companies can use either remote MACPHY or remote PHY technology to provide the functionality previously provided by the CMTS/CCAP, Salib explained.

“PHY has a Layer 1 interface,” explained Salib. “MACPHY has MAC [media access control] in addition. Both involve taking the CCAP and distributing it closer to customers.”

Rather than relying – at least in part — on existing coax, some cablecos are looking to bring fiber all the way to the end user, at least in certain situations, Salib said. Bringing fiber to the home will enable cablecos to support fully symmetric speeds up to 8 Gbps bi-directionally, Salib said.

Supporting this involves bringing a high-speed fiber connection to a neighborhood optical line terminal (OLT), from which multiple fiber connections are dropped to individual customer locations. This is a passive optical network architecture, but unlike the GPON infrastructure that telcos are deploying, most cablecos are expected to deploy EPON, Salib explained.

Salib expects to see different cablecos choosing different approaches to deep fiber. He noted, for example, that some companies may pre-select certain geographic areas for fiber-to-the-home while other areas will be targeted for a R-PHY/ coax solution. Other cablecos may be more fluid and will mix the two options in the same geographic area, depending on market conditions.

Nokia’s Offering
Nokia issued multiple press releases about cable deep fiber in the last two days. In addition to announcing the WOW! deployment, which according to the companies is the cable industry’s first vDAA deployment, Nokia also issued a separate release about its vDAA offering and another with the headline “R-PHY Vs. R-MACPHY Debate is Over.” In the latter release, Nokia noted that its DAA approach gives cablecos the flexibility to deploy both R-PHY and R-MACPHY devices within the same network.

One of the unique qualities of Nokia’s vDAA offering is that it supports wireless PON.