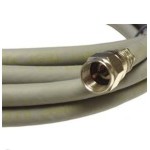 Give the cable industry their due – they’re performing quite well relative to broadband market share, at least in tier one markets. As you progress towards more rural markets, telcos are performing better against their rural cable competitors. This cable broadband prowess is one of many reasons that telco competitiors use to justify moving to FTTH.

One issue where cable broadband is somewhat disadvantaged is upstream bandwidth. While they can offer good download speeds, their upload speeds are somewhat less impressive, especially in a world of video sharing and mission critical enterprise applications.

It’s an area where FTTH competitors like Verizon with their FiOS offer stress some competitive advantage. There’s a reason why fiber providers make symmetrical bandwidth options available to end customers. The best upload speed I could find advertised for Comcast is 10 Mb/s, whereas FiOS offers 50 Mb/s. It’s particularly acute with lower end tiers as well, with FiOS offering 5 Mb/s upstream on their lowest end tier, while Comcast offers only 1 Mb/s on a comparable offer.

But progress is happening for cable. Comcast is using channel bonding techniques to get upstream bandwidth much higher – reaching speeds of 75 Mb/s. More recently Cox and Motorola announced some trials in Cox’s Las Vegas market (lookout CenturyLink), where they claimed a new upstream “…record of 356 Mbps for a 5-85 MHz return path…”

Those ‘record results’ are not what end users would see, but is illustrative of the progress being made by the cable industry with upstream bandwidth.

How long before the FTTH upstream bandwidth advantage is neutralized? Is it already?