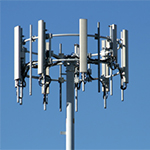 C Spire announced this week that it is nearly done with a multimillion-dollar wireless network upgrade involving 252 cell sites in 41 Mississippi counties. The company said it is using new spectrum to improve capacity and speeds for thousands of customers.

C Spire claims to be the nation’s largest privately-owned mobile services network. The targeted program is part of the firm’s broader efforts to prepare for the next generation of cellular technology.

The nearly-completed project, which started in February, comes right after a separate company effort to install new base stations and software at all of its 1,200-plus cell sites.

“As a customer-inspired company, we are constantly fine-tuning our network to ensure adequate capacity, performance and speeds so that consumers and businesses can rely on us for all of their personal and professional mobile voice and data needs,” said Brian Caraway, general manager of C Spire’s wireless unit, in a prepared statement. “We have added carriers at these sites that, in most cases, have doubled capacity and tripled speeds – depending on the need.”