Home » Bye Bye Telephone Numbers, It Was Nice to Know You 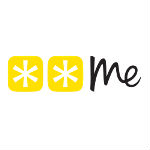 For many years now, we’ve seen a trend of replacing actual telephone numbers with contact names or even pictures, at least as it relates to the physical process of dialing on cell phones, or even some business and home handsets. Consumers are getting used to pulling up a contact name and dialing directly from their contact list, eliminating the need to actually punch in a seven or ten digit phone number.

Of course, the actual phone numbers aren’t disappearing. The North American Numbering Plan is still quite functional. What is changing though is the application of how telephone numbers actually get used by end consumers, and the trend is to bypass the actual process of dialing legacy phone numbers.

Star Star Me!
Sprint looks to get ahead of this trend with the introduction of StarStar Me (SSM). SSM is a new way for consumers to communicate their phone number. By reserving a “vanity” name, nickname or unique word with Sprint, customers can now give out their number as ‘**Johnny” or ‘**JavaMan.’ So instead of giving out your phone number to friends, family, and colleagues, you would simply say “call me on **Johnny.” Each vanity name is assigned its own SSM code — **Johnny is really **564669, based on the common alpha numeric dial pad. In this case **564669 is what actually would be dialed.

The service, which is powered by a company called Zoove, is first available on the Sprint Network, but will soon be extended to others, including AT&T, Verizon, and T-Mobile. “We anticipate we are going to have the remaining three by the first quarter of 2013, if not by the end of year,” Zoove CEO Joe Gillespie said in an interview with the AllThingsD blog. Sprint is charging $2.99/month, which buys two SSM vanity names per Sprint phone number.

“Sprint customers will be the first people to get StarStar Me,” said Kevin McGinnis, vice president-Product and Technology Development, Sprint in a press release. “We expect this service to be especially popular with professionals, students and family customers, who can tailor its use to their individual preferences, lifestyles and interests with a few simple clicks.”

Should SSM really take off, I suspect there will be a mad rush to reserve names and phrases, much the same way there was with email services like Hotmail and Gmail. Get yours before someone else does.

Customers can also download an app for Android (and soon for iPhone) devices that allows them to customize their SSM service including “…manage incoming calls, automatically send a text message to callers when they’re busy, or send callers their contact info, which they can easily add to their address book. Users can also block specific callers, view a call log and manage multiple StarStar numbers.”

I suspect one day soon, the app will allow people to dial ** and then verbally say the SSM code to place the call (if it doesn’t already), rather than having to actually dial the code. For now SSM is really replacing one dialing process with another.

My post title, Bye Bye Telephone Numbers, It Was Nice to Know You, is somewhat provocative, given this service is so young and its impact in the actual marketplace has yet to be determined. But I think we can all agree the trend away from dialing phone numbers is real, and SSM is just another example of its momentum. Time will tell if SSM or maybe something else comes along to accelerate the trend, but at some point in the future, dialing a phone number to reach someone will be a relic of a bygone era.

4 thoughts on “Bye Bye Telephone Numbers, It Was Nice to Know You”