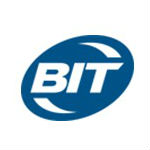 The NetAmerica Alliance that aims to help rural carriers build out LTE gained more traction today with the announcement that Buggs Island Telephone Cooperative of rural Virginia has joined the alliance.

Buggs Island is building an LTE network and plans to deliver fixed broadband service to five Virginia counties. NetAmerica is an organization that aims to reduce the cost of deploying LTE for rural carriers by sharing expertise and infrastructure.

Texas-based Peoples Telephone Cooperative in early 2012 was the first carrier to turn up LTE through the NetAmerica program. According to today’s release, NetAmerica members are also deploying LTE in Oklahoma, California, Arizona and New Mexico.

Buggs Island is no stranger to fixed wireless broadband. Previously the company won a federal broadband stimulus award as well as funding from the Virginia Tobacco Indemnification and Community Revitalization Commission to build a fixed wireless network serving 15 Virginia counties. That deployment used equipment from Airspan in the 700 MHz and 3.65 GHz spectrum bands.

NetAmerica is partnering with Ericsson to provide LTE equipment for companies in its program.