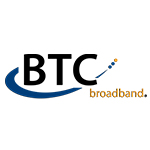 BTC previously had bandwidth caps for broadband subscribers, which varied depending on their speed tier. A 100 Mbps plan was subject to a 1 TB data cap and a 60 Mbps plan had a 500 GB cap. Customers who exceeded these caps were subject to an additional $10 fee for every 50 MB of usage. Gigabit subscribers had no usage cap.

“BTC Broadband supports open and equal access to any content of the consumer’s choosing, provided all activity is legal”, says Scott Floyd, President, BTC Broadband in a press release. “Savvy consumers will not respond well to service providers who favor certain content or engage in paid prioritization of content.”

There is a policy debate component to this, but so too is there a competitive strategy. BTC competitor Cox does not currently offer symmetrical speeds or unlimited data, a BTC spokesperson tells Telecompetitor.

“If you purchase a Gigabit, you will get a Gigabit whether downloading (streaming movies, games, music, etc.) or uploading (sending files, photos, web pages, emails, etc.),” the company states in their press release. “Very few Service Providers in the State, including the Cable Company, can offer this.”

BTC aggressively pushes cutting the cable cord on their website, encouraging subscribers to move to streaming video and OTT, using their now new unlimited broadband plans. Gigabit pricing starts at a promotional rate of $99 month, with their 60 Mbps tier starting at $49 per month, rising to $61 after twelve months. BTC declined to reveal subscriber counts for their various broadband tiers.

“We believe this is a game changer for area residents.  Customers are really beginning to take control of their entertainment options by cutting the cord and streaming content.  They can still enjoy live TV, sporting events and movies, but all that bandwidth adds up fast.  Lifting data caps ensures our customers never have to worry about overage charges or throttled speeds” notes Scott Lowry, COO, BTC Broadband in the press release.