Home » Broadband Stimulus Program May be Cut by $602 Million 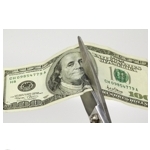 The $7.2 billion broadband stimulus program may become a little lighter – about $602 million lighter. The House Appropriations Committee inserted the cuts into a bill which aims to find funding for the wars in Afghanistan and Iraq – funding to the tune of $75 billion.

The $602 million represents about 8% of the total stimulus program, but by Stimulating Broadband.com’s estimation, represents 14% of the remaining funds to be distributed. Not a crippling blow by any stretch, but not insignificant either.

Is this cut just representative of normal Washington budget ‘horse trading,’ or is it more symbolic of the types of troubles ahead for broadband funding? As the national broadband plan illustrates and depending on who you talk to, universal broadband for America could cost anywhere from $20 billion to close to $100 billion – and that’s just the CAPEX.

Those costs have to be paid for somehow – whether through universal service funding, higher taxes, higher broadband bills, or additional government subsidies/grants. Truth be told, it will probably be a combination of all those things. But if the broadband stimulus program is already being cut and current policy initiatives continue to cap the universal service fund, where is the money going to come from?

The current $602 million broadband stimulus cut move still has to be approved by the Senate and signed by President Obama before it’s official.