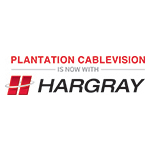 Hargray started out as the local phone company in one community, but now offers voice, video and broadband and, according to the Hargray website, has a 1,100-square mile service area. The company has expanded, in part, thanks to a cash infusion that it got when it was purchased by Quadrangle Capital Partners in 2007. That has provided funding for acquisitions and for network upgrades – and Hargray notes in the press release about the Plantation Cablevision acquisition that it plans to invest “heavily” in Plantation Cablevision’s network. The goal is to provide advanced services such as 100 Mbps Internet and digital television with more than 285 channels and TV Everywhere capability, Hargray said.

Broadband Provider Consolidation
The core services of telcos and cablecos, voice and video respectively, are both in decline. The better margins are in broadband, and telcos and cablecos alike are looking to build scale there. That reality that has helped fuel this consolidation trend, which increasingly finds tier 2 and 3 telcos and cablecos coming together, even despite their inherent network and cultural differences.  Case in point, Tier 2 telco TDS Telecom, who has made recent cableco acquisitions, and may make more.

An important consideration is that it typically is easier to upgrade a cable company’s HFC and DOCSIS infrastructure to support higher broadband speeds than it is to upgrade a telco’s legacy infrastructure to achieve equivalent speeds. In many instances, telcos have to overbuild with FTTP. The broadband business increasingly is all about who has the highest speed and the best experience.