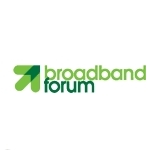 The Broadband Forum and its member partners have released the TR-398 Indoor Wi-Fi Performance Test Standard, which the group says is the first to measure residential Wi-Fi performance.

The announcement was made at Mobile World Congress in Barcelona. The standard, according to the BBF, systematically and quantitatively evaluates home W-iFi for throughput, coverage, multi-user support, anti-interference and stability. It defines key performance indicators (KPIs) including Wi-Fi equivalent bandwidth (a measure of throughput), rate at different distances and throughput for multiple users.

The rapid proliferation of services such as 4K TV, online gaming and smart homes have created a world in which more than 1 billion users have access to fixed broadband. Wi-Fi, of course, is front and center in this, especially in residential settings. At the same time, the BBF says, Wi-Fi service is “far from perfect.” The group cites a key Ovum statistic: Thirty percent to 60 percent of operators’ complaints about broadband stem from Wi-Fi. The firm says that poor Wi-Fi quality slows growth of new service and increases operations and maintenance costs.

The ubiquity of Wi-Fi also means that it must be easy to set up and operate. In December, Comcast Xfinity announced a feature that automatically imports the names given to devices as they are connected to a customer’s home Wi-Fi network. This type of functionality is seen as vital as the density of services and connected devices in smart homes grows.