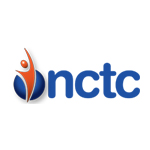 NCTC, a regional broadband provider serving rural Tennessee and Kentucky, has seen a 15% increase in average revenue per customer (ARPU) by using broadband customer data analytics to create tightly targeted promotions. In an interview, NCTC Director of Technology Clint Carter explained how the company did this.

Broadband Customer Data Analytics
At the time NCTC began using customer data analytics, the company was experiencing considerable churn because the top broadband speed it offered was 100 Mbps and the company had strong cable company competition.

Using the broadband customer data analytics, “we can see what’s going on inside our network and surgically market customers that are potentially up to churn,” explained Carter.

Target customers received an offer to pay for 6 Mbps service and get 30 Mbps service for three months at no extra charge.

Since running the promotion, NCTC has been upgrading its broadband network and today 78% of customers can get service at speeds of at least 25 Mbps downstream and 3 Mbps upstream – the minimum speed considered “broadband” by the FCC’s current definition. NCTC has increased the maximum speed offered to 1 Gbps and has also added speed tiers of 300 Mbps and 500 Mbps. The lowest speed the company offers now is 100 Mbps.

NCTC also has adjusted its pricing downwards. Previously 100 Mbps service cost over $100 a month, but now costs just $49.95 a month. The most costly 1 Gbps service sells for $89.95 monthly. People who were already on 100 Mbps service received a price decrease when the new price tiers were launched. Those who previously received service at speeds below 100 Mbps were increased to the 100 Mbps level and their monthly price was adjusted upwards over a 12-month period.

Since the price tier revamp, 30% of NCTC customers overall have increased their speed tier – including some customers who did not receive targeted promotions, Carter explained.

NCTC also has seen a considerable number of former customers returning to NCTC after using other broadband providers, Carter noted. This is especially true for customers who had switched to satellite broadband. In comparison with satellite offerings, NCTC service now offers higher speeds at a lower price without the data cap imposed on satellite service, Carter explained.

A press release about NCTC’s use of broadband customer data analytics notes that NCTC has seen its overall network traffic levels increase very little, despite increased use of higher-speed plans.

As Carter explained, customers are getting on and off the network quicker and receiving data faster, but the overall amount of data consumed hasn’t changed a great deal.