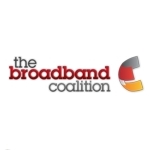 A group of competitive service providers has created a new coalition aimed at advancing several telecom policy initiatives including increasing competition. In an announcement, the group–which calls itself The Broadband Coalition—  said it wants to persuade the FCC and Congress to “take positive steps to enhance competition and innovation in telecom, increasing value and choice for businesses, including millions of small business owners, and creating much-needed jobs for American working families.”

Items on The Broadband Coalition agenda include advocating for FCC action this year on the Special Access proceeding, ensuring that the transition of the public switched telephone network to Internet protocol technology will enhance competition and completing the Business Broadband docket. According to the group, the special access proceeding and business broadband docket have “languished on the back burner for years.”

The National Broadband Plan released in March 2010 recommended that the FCC study this area to determine whether the large incumbents were overcharging for special access circuits, but two years later, little progress has been made on that initiative.

The Business Broadband Docket
Other issues on The Broadband Coalition’s agenda pit the organization primarily against the nation’s largest incumbent telcos and by and large do not involve rural telcos.

As The Broadband Coalition explains on its website, the National Broadband Plan called for the FCC to release a public notice in the first half of 2010 and a notice of inquiry in the fourth quarter of 2010 to address the business broadband market, including wholesale arrangements involving access to copper network infrastructure, fiber/ packetized network infrastructure and other network elements. The public notice didn’t happen until September 2010 and the next phase of the proceeding has not yet been initiated, the coalition said.

A final issue on The Broadband Coalition agenda is to get Congress to either amend antitrust statues or clarify existing statutory clauses to provide a right of action against anti-competitive activities in the communications industry.