The larger of the two partnerships will extend broadband to 524 homes and businesses in Cecil, St. Mary’s and Queen Anne’s counties. Breezeline is contributing $347,000 to that project. Other contributors are the state, which is providing $3.68 million and the counties, which will contribute $309,000. The total cost of the project is expected to be $4.3 million.

Applications for grants to support the deployment were submitted to the Maryland Network Infrastructure Grant Program and the Neighborhood Connect Broadband Funding Program. Both programs are aimed at extending broadband to unserved areas. The programs are administered through the state’s Office of Statewide Broadband.

The other announcement was a $339,000 grant to Breezeline and the St. Mary’s County Board of Education from the Maryland Emergency Education Relief (MEER) grant program. The funding will bring broadband to 23 student households. The grant program is administered by the Maryland Department of Housing and Community Development (DHCD) through the Office of Statewide Broadband (OSB).

The grant agreements must be executed by the Maryland Department of Housing and Community Development. Once that occurs, the walkout and design phases will begin. The Cecil and St. Mary’s projects are expected to be completed late next year and the Queen Anne’s during the summer of 2024.

“We are excited to partner with local county officials and the state to extend our broadband reach even further into these communities,” William T. Newborg, the Director of Grants and Funding for Breezeline, said in a press release. “We look forward to bringing the performance and reliability of high speed broadband to these rural Maryland communities to support work-from-home, telemedicine, education and other vital needs.”

Public-private broadband partnerships are on the rise, particularly now that the federal government has made funding available to states, counties and localities that they can use for a variety of purposes, including broadband. 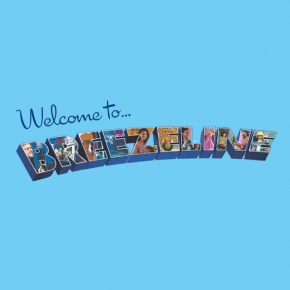