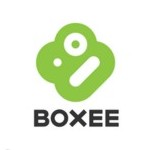 Just a couple of months back, we labeled a blog post about Boxee’s plans to integrate local over-the-air broadcast channels into their OTT set-top-box platform as “Boxee: The (OTT) Gloves Are Off.”

We did so because Boxee, more than any other mainstream OTT player, seems to now relish in taking the OTT fight directly to the subscription video (cable/IPTV/DBS) establishment, openly courting subscribers to cut the video cord and replace it with their OTT service.

Boxee is now expanding that fight, and heading to Washington with it. In a company blog post, Boxee CEO Avner Ronen outlined a recent Boxee trip to the FCC, where his team got an audience with FCC officials, including Chairman Julius Genachowski. Boxee was there to lobby the FCC on a rulemaking process regarding ‘basic tier encryption,’ which basically would require cable set-top-boxes at all TVs. Current rules allow a basic cable tier to be delivered without the need for a STB. The cable industry wants to change that, in part to reclaim analog signals for more network capacity for things like broadband and HDTV.

Boxee argues the cable industry has more sinister reasons for pushing this rule change. Namely to lock out third-party STBs like the Boxee OTT platform. “Their real motivation is to prevent you from being able to connect the cable from the wall directly to your TV or Boxee Box. You will need to rent a set-top box from your cable provider, pay an extra $5-$15 per month and it will no longer work with your Boxee Box or similar devices,” writes Ronen in the blog post.

For Boxee (and companies like it), the stakes are pretty high. These companies are positioning their devices and services as both alternatives, but also as complements to legacy subscription video service packages. They fear this rule change will make third-party boxes virtually incompatible with cable service, requiring interested subscribers to buy yet another box and add it to the dwindling available ‘real estate’ in already ‘box crowded’ living rooms.

The powerful Consumer Electronics Association (CEA) agrees with Boxee.  The National Cable and Telecommunications Association (NCTA) begs to differ.   The fight illustrates the growing significance of OTT video in the entertainment landscape, and Boxee’s willingness to lead that fight against formidable adversaries.

One thought on “Boxee Takes OTT Fight to the FCC”