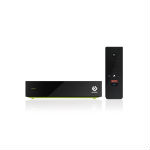 OTT set-top-box provider Boxee should see significantly increased sales for its Boxee TV unit thanks to a new Walmart distribution deal which places the box in 3,000 Walmart stores. Boxee TV offers access to OTT video content, integrated with an antenna for local broadcast channels, and a cloud based DVR. The box retails for $99.

Boxee will join other OTT STB competitors at Walmart, including market leading Roku. Boxee is particularly encouraged because rather than just sticking Boxee TV on a shelf, Walmart will also be contributing some marketing efforts for the upstart Internet video player. That marketing includes distinct in-store displays and some inclusion in direct mail marketing efforts.

Boxee will need the help. They rank well behind Roku in terms of sales and brand recognition. According to a Bloomberg BusinessWeek Report, Boxee sold 120,000 units of their older STB (which is manufactured by D-Link) last year, compared with 1.4 million sales of Roku’s competing STB. There are a variety of other options as well, including Apple TV, game consoles with OTT apps, and a growing number of connected TVs, which feature OTT content.

Boxee has built some differentiation for their box, namely their so called No Limit DVR. This cloud based DVR service allows customers to record and store “unlimited” programming in the cloud, and access that content from a variety of Internet connected devices. The Boxee DVR service retails for $14.99/month.

Boxee is a company in transition. At one point, they were actively courting cord cutters, encouraging end customers to cut the cable cord and use the Boxee platform as an alternative. Recently, they’ve toned that rhetoric down, and some suggest, their next move may be to try to partner with cable companies. Such changes in strategy illustrate the evolving OTT business and its lack of a clearly defined business model.