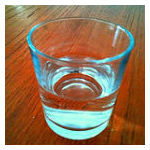 When the telecom industry needs a reality check, you can count on Bernstein Research to provide it. Yesterday Bernstein financial analysts Craig Moffett, Nicholas Del Deo and Amelia Chan offered up what they called “six key take-aways” from the wireless industry’s third quarter – but the research note could just as easily have been called “six wireless industry problems.”

Several of these problems are widely recognized. For example, it was no surprise that subscriber growth slowed as wireless service reaches a saturation point. In third quarter, subscriber growth hit an all-time low of 3.8% for all types of services, Bernstein said.

On the post-paid side, Bernstein researchers noted that only one wireless carrier – Verizon Wireless – added traditional post-paid subscribers in third quarter. But what really surprised researchers was that pre-paid and reseller growth dropped to just 10% from a rate of nearly 20% a year ago.

“Results over the last two years have been inflated by subsidized Lifeline products that are now under pressure due to market saturation and authorities addressing fraud concerns,” the researchers wrote.

The growth in average revenue per user also slowed and Bernstein researchers expect that trend to continue. The researchers note that the shift to smartphones has driven most of the ARPU growth in recent quarters – but with 59.6% of post-paid customers now having smartphones “headroom for a continued mix shift is getting more and more limited with each passing quarter.”

Good news or bad news?
Bernstein researchers also managed to put a negative spin on news that some other stakeholders may have found positive. Industry margins were an apparently strong 37.5% for third quarter. But Bernstein said that is simply a reflection of increased margin volatility. “The rolling 12-month average margin is still lower than it was two years ago,” the researchers wrote.

The Bernstein researchers also were not impressed that wireless industry capex investment increased slightly in third quarter and appears poised for a further increase. With AT&T this week announcing fairly aggressive wireless investment plans for the next three years and Sprint making plans to spend a cash infusion from Softbank, “it will be hard for other players to stand pat and maintain low levels of capex,” Bernstein researchers wrote.

It’s not surprising that Bernstein views increased capex as a negative. Ever since the telecom investment bubble broke more than a decade ago, the financial industry has not liked to see carriers spend more than a certain amount – recently around 15% of revenues — on their networks. It’s not clear if Bernstein believes wireless capex will exceed 15% moving forward — but the researchers do note that other analysts are predicting a decrease, which Bernstein does not expect to see.

I think most people in the telecom industry would argue that increased network investment is a good thing and a requirement for future growth – as long as carriers don’t get too aggressive. And I wouldn’t call what Sprint or AT&T is doing overly aggressive.