Eight years after its acquisition by TDS Telecom, BendBroadband is formally rebranding as TDS.

TDS acquired Oregon-based BendBroadband in 2014, as part of an acquisition strategy focused on areas with attractive demographics.

BendBroadband’s broadband infrastructure was based on the HFC/DOCSIS technology traditionally deployed by cable operators. According to yesterday’s press release, TDS has invested more than $70 million in central Oregon to upgrade the network there to support speeds up to 1 Gbps.

TDS pledged to continue to aggressively invest in the community and remain active in supporting local non-profits with sponsorships and grants.

Although BendBroadband hasn’t operated under the TDS name, it has adopted much of the TDS product strategy over the years. For example, its video service is based on the TDS+ video offering. In addition, TDS has eliminated data caps for customers in the BendBroadband serving area and is providing free speed upgrades for customers below the TDS minimum speed offerings, today’s press release notes.

Perhaps it’s surprising that TDS didn’t change the BendBroadband name earlier. The reason may be that BendBroadband had a strong and respected brand in the area.

In yesterday’s release, TDS President and CEO Jim Butman made a point of noting that “While the logo and name may be changing, our mission to serve the community remains the same.”

Another consideration is that TDS may not have wanted to put its own name on the BendBroadband properties until it had upgraded the existing infrastructure.

Butman’s comments suggest that may have been a consideration as well.

“We are proud to take this step and build on our major investments in Central Oregon,” he said.

The name change will be rolled out over the next month, TDS said, noting that “residents may have noticed TDS teasing the change through new TDS-branded trucks and uniforms earlier this year.”

Broadband branding has been a hot trend in recent years, with many providers using a brand name that is distinct from the company name. Examples include Comcast, which uses the Xfinity brand, and Charter, which uses the Spectrum brand. The cable companies may have made that choice as a means of distancing themselves from cable’s traditionally poor reputation for customer service.

TDS hasn’t taken the step of using a separate name for its broadband service, however. 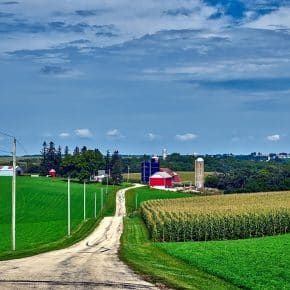