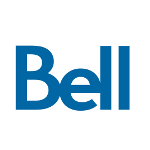 Bell Canada is investing more than $1 billion in building a fiber network that will deliver gigabit-per-second (Gbps) network connectivity to some 1.1 million homes and businesses in Toronto. In addition, building out its “Gigabit Fibe” service will create some 2,400 direct jobs, Bell Canada announced June 25.

Completion of a first project phase will see Gigabit Fibe being made available to 50,000 Toronto homes and businesses this summer. “Bell Canada has served Toronto since 1880, and we’re proud to continue our legacy of communications leadership by bringing the fastest Internet speeds to consumers and businesses across Canada’s largest city,” commented Bell Canada and BCE Inc. president and CEO George Cope.

Bell Canada views Gigabit Fibe as key to the company’s industry and market leadership in both residential and commercial Internet service. The Gigabit fiber network will also provide a foundation for further innovation and economic development Canadians will benefit from well into the future, he added.

“As we plan for the future, we need to invest in our city and put in place the infrastructure required to keep Toronto competitive,” Mayor John Tory was quoted in a Bell Canada press release. “The roll-out of Gigabit Fibe is a testament to Bell’s commitment to investing in Toronto.

“This is Canada’s largest gigabit Internet infrastructure project, creating 2,400 jobs for our city. I’d like to thank Bell Canada for investing in Toronto and delivering services that meet the needs of today and the future.”

More broadly speaking, Bell Canada plans to invest $20 billion in broadband fiber and wireless networks across Canada by year-end 2020. Once Gigabit Fibe is rolled out commercially in Toronto Bell Canada intends to build out the network infrastructure necessary to launch Gigabit Fibe in other cities in Ontario, as well as in Quebec and Canada’s Atlantic provinces. These efforts could start as early as this summer.

Funded entirely by Bell Canada, Gigabit Fibe is the company’s largest single infrastructure project to date. In Toronto, Bell Canada has negotiated an agreement with Toronto Hydro to make use of its utility poles. That will smooth the way for the build-out substantially.

Jamal highlighted Gigabit Fibe’s increased network speed by pointing out that end-users will be able to download 100 photos or songs in three seconds. An entire HD movie can be downloaded in seven or all 14 gigabytes (GB) of the series Orphan Black, which was filmed in Toronto, in HD in less than two minutes.