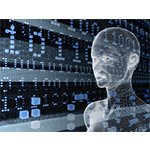 U.S. consumers have serious privacy concerns about the ways in which their data is used by Internet companies and social media platforms, according to a personal internet data survey from Recon Analytics. Collection of this data and behaviors amounts to consumers acting as ‘the product’ for Internet giants like Facebook and Google.

The survey is based on input by more than 1,000 consumers. “The all-encompassing surveillance and storage of personal data by internet companies with limited or no regulatory or legal checks and balances worries most Americans, rightfully so, especially when the attitudes of many of these companies’ senior leaders are taken into account,” said a piece about the survey, which was posted in the “Roger’s Recon” section of the site.

The piece includes comments from Eric Schmidt (from 2009, when he was CEO of Google) and Facebook CEO Mark Zuckerberg (in 2010) that portray a dismissive attitude toward privacy and a condescending attitude toward people who use the platforms. It is unclear if these comments are taken out of context or accurately represent the two executives’ current attitudes. Schmidt now is Executive Chairman of Google parent of Alphabet.

In any case, the dynamic that Entner describes is that these companies feel they own consumer data and can use it as they see fit. Consumers, naturally, object to this. “Over half of Americans – 55% – would use [a company’s] products and services more if they would give consumers greater control over their personal information,” the post says. “This would require a radical change in thinking by these companies in that they have to depart from the mindset that they own the consumer data they collect. They might have a license to use it, the same way that consumers have a license to use a search engine or a software product, but fundamentally it is an equal exchange.”

The current relationship between consumers and Internet/social media companies indeed is bound to change, according to Entner. “This paradigm won’t last forever so these ‘disruptors’ must prepare for when regulators come to disrupt them.”

Here are key findings from the survey: