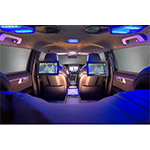 Toyota is among a group of companies that has established a consortium aimed at dealing with issues related to vehicles and big data. The Automotive Edge Computing Consortium will explore ways to manage the soon to come explosion in autonomous car data, and consists of DENSO, Ericsson, Intel, NTT, NTT DOCOMO, Toyota InfoTechnology Center and Toyota.

The objective, according to a press release, is to create an ecosystem for such applications as intelligent driving, real-time data maps and cloud-based cloud computing. The amount of data exchanged between vehicles and the cloud will exceed 10 exabytes per month by about 2025. That is about 10,000 times the current volume. That, the group says, requires new approaches to things such as computing infrastructure and data storage.

A focus of the consortium will be on increasing network capacity between vehicles and the cloud by implementing edge computing and more efficient network designs. Among its goals are to develop vehicle-based use cases for emerging mobile devices and to bring them to standards bodies, industry consortia and solution providers. It also will develop best practices.

The use of big data to support cars and trucks is one of the hottest areas in telecommunications and IT. This is rolling out in many ways. Entertainment systems and business platforms are being built into vehicles. For instance, Volvo announced in January that it is including Skype for Business in the 90 series line.

One of the key is the fact that driving decisions are so time-sensitive that they cannot be controlled from centralized data centers. Latencies are just too great. Thus, much of the most intense computing must be done at the edge of the network.

This will require significant changes in how networks operate. This, and similar cases, led the Industrial Internet Consortium and the Edge Computing Consortium to sign a memorandum of understanding earlier this month to work together.

One thought on “Autonomous Car Data Will Exceed 10 Exabytes Per Month, Consortium Forms to Help Manage It”