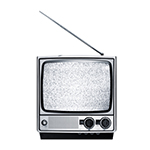 The year is only a little more than halfway over, yet 2019 television blackouts already have reached the previous annual record, according to the American Television Alliance (ATVA). The year already has seen 213 blackouts in which broadcasters block video providers from carrying their content, said ATVA, which includes consumer groups, video providers and independent programmers.

The previous annual record was set in 2017. Last year’s annual total was 165.

A Nexstar blackout is also underway, blocking DIRECTV, U-Verse and DIRECTV Now customers from receiving 125 local stations in approximately 100 cities across the U.S.

There are probably more to come. AT&T and CBS are in high-stakes negotiations with the possibility of CBS owned and operated stations, including CBS stations in some of the largest cities in the U.S., headed for a blackout on Directv.

In a press release, ATVA urged Congress to reauthorize the Satellite Television Extension and Localism Act (known as STELA or STELAR). That act requires local broadcasters to make content available to satellite video providers such as DIRECTV and DISH. The act was originally passed in 2010 and reauthorized in 2014 but is set to expire in December.

STELAR reauthorization is particularly important to rural consumers, who may have no option other than satellite for receiving video programming.

Retransmission Consent
Reauthorizing STELAR may be only part of a solution to ongoing blackouts, however. Some video providers also argue that retransmission consent laws favor broadcasters and have led to steep increases in programming costs, as well as blackouts when negotiations falter.

“Congress should not only re-authorize STELAR so rural America can continue receiving all their broadcast channels, but also modernize the retransmission consent rules, which currently favor broadcasters at the expense of consumers and competition,” said an ATVA spokesperson in the press release about the 2019 television blackouts.

Retransmission consent battles and other challenges with video in general are driving smaller providers to consider dropping traditional pay-TV offerings. Some are already doing so.