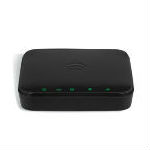 People in any part of the country covered by AT&T’s wireless network can now get a wireless-based home phone and Internet offering from the company, said an AT&T executive in a blog post on Thursday.

As the executive explained, customers signing on for the service, dubbed AT&T Wireless Home Phone & Internet, get a device that acts as a Wi-Fi hotspot using AT&T’s cellular network for connectivity to the Internet – and customers also can plug a traditional landline phone into the same device, enabling the phone to also work over the cellular network.

AT&T initially launched a cellular-based landline replacement service back in 2012 in certain markets outside the company’s traditional voice service market. Since last year the company has been conducting trials of the new service that adds Internet connectivity in “select” Northeast markets.

AT&T’s traditional local service territory is outside the Northeast, suggesting the company didn’t want to cannibalize its traditional voice and Internet business. But like other telcos, AT&T has been losing traditional voice service customers, along with DSL-based Internet customers. And with the nationwide launch of AT&T Wireless Home Phone & Internet, the company seems to have determined that it’s better to lose those customers to its own cellular-based offering rather than losing to a competitor.

The nationwide launch of AT&T Wireless Home Phone & Internet comes at a time when the company is gearing up for trials in which all landline voice customers in an area will have their service replaced with a cellular alternative or, where available, with a voice offering running over the company’s fiber-fed U-verse infrastructure.

The company’s ultimate goal is to phase out traditional landline voice service – and when it does that, it may want to also phase-out lower-speed DSL service, which runs over the same copper connection as the voice service. Eliminating DSL as well as landline voice in areas not targeted for U-verse upgrades would let AT&T abandon the copper connection between the customer and the central office, thereby eliminating the cost of maintaining that infrastructure.

Some other carriers also offer cellular-based landline replacement service – and some of them, including Verizon, also offer a cellular-based Internet service designed for in-home use. But AT&T may be the first company to offer a single device that supports both types of connectivity.

Wireless Home Phone & Internet customers can add their new device for $30 a month to an AT&T Mobile Share Value plan with at least 10 gigabytes of data for $30 a month, the AT&T executive said.