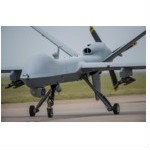 AT&T said today that it is providing LTE connectivity and analytics capability for a smart military base pilot at Maxwell Air Force Base.

The four elements include:

“We’re integrating various approved vendor products,” explained Thurston. “The real value is in tying it all together.”

Approved products include LTE connectivity, which is used to communicate to the mission support department located on the base.

“The cellular component is private,” Thurston said. AT&T has created a designated network for the pilot. “We know the IP endpoints of the devices,” he noted. “It’s almost like a VPN on cellular.”

Some communications also are transmitted over a local area network.

The Smart Military Base
The manufacturers that provide the equipment underlying the smart military base system have premises or cloud-based analytics for their own offerings. The analytical capabilities that AT&T provides knit together data from equipment from disparate manufacturers.

Thurston likened the solution to a “single pane of glass.”  Mission support personnel, he said, have a single interface that enables the disparate solutions to function as a single system.

“You have to pull multiple data streams together to do that and you have to use logic to determine what information should be provided to the end user,” explained Thurston.

“Every person growing up in this day and age will want the latest and greatest technology, but military bases haven’t always had these luxuries,” he explained. “When you make life more modern, it really does improve morale. We’re trying to demonstrate to the airmen that the Air Force is cutting edge in lifestyle.”

Thurston mentioned numerous other capabilities that could be added to a smart military base in the future. He notes, for example, that a base may have its own power grid, which could benefit from smart grid capabilities. Bases also have streetlights that could benefit from smart technology. Eventually he also anticipates military police having sensors on their cars to support automatic dispatch in the event of an emergency.