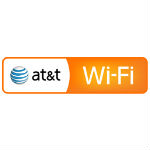 A waiver granted to AT&T by the Federal Communications Commission on Tuesday involving Wi-Fi calling and text telephony (TTY) could be precedent setting and could hasten wireless carrier deployment of real-time text (RTT) capability.

TTY, also known as teletypewriter capability, was originally designed for landline voice networks. It enables individuals who are deaf, hard of hearing, deaf-blind or speech disabled to send and receive text communications, and has been a requirement for wireless as well as wireline networks. The wireless requirement is what prompted AT&T to seek a waiver when it made plans to launch Wi-Fi calling capability as part of its wireless offering.

As an alternative to TTY, AT&T asked for permission to use real-time text (RTT) for wireless networks to the extent that they use the Internet protocol (IP). The carrier noted that TTY faces certain limitations when used on an IP platform, including packet loss, distortion caused by echo cancellation and bandwidth issues. RTT transmits text instantly, allowing text characters to appear on the receiving device at roughly the same time they are typed on the sending device, thereby providing superior service to TTY, the carrier argued.

AT&T also requested a waiver to temporarily exempt it from offering TTY on wireless IP networks even where the company has not yet deployed RTT.

AT&T Wi-Fi Voice Waiver
The FCC accepted most of AT&T’s arguments and also noted that “[t]here is support in the record to this proceeding that IP-based RTT will facilitate the transition to next-generation 911 for people with disabilities.”

The commission granted the requested waivers, setting an expiration date of December 31, 2017 for the TTY exemption in areas lacking RTT. In other words, AT&T essentially will have until that date to have RTT ubiquitously deployed.

Along with the waiver approvals come certain conditions. Within 30 days AT&T must apprise customers that TTY technology will not be supported for calls to 911 over IP-based wireless services and that there are alternative PSTN-based and IP-based accessibility solutions for such calls. As AT&T begins to use RTT, it also must ensure that 911 calls made using that technology are delivered to the appropriate PSAP or local emergency authority.

Additionally AT&T will be required to file a report with the FCC every six months and inform customers about its progress toward and the availability of new IP-based accessibility solutions such as RTT. The carrier also must report any problems involving using RTT to reach emergency authorities.

Industry Impact
AT&T is not the first carrier to pursue voice over Wi-Fi capability. As financial and technology research website Seeking Alpha noted, Sprint and T-Mobile have been offering that capability for some time – apparently in defiance of TTY requirements.

The FCC order granting AT&T’s waiver suggests that the commission will be receiving similar waiver requests from other carriers soon. “Comparable waivers may be granted to other similarly situated applicants that meet the necessary criteria for waiver relief and commit to complying with the conditions stated herein,” the FCC wrote on the first page of the order.