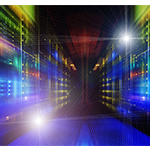 AT&T is testing augmented and virtual reality (AR/VR) in a project at the company’s edge computing test zone. AT&T aims to use edge computing to support low-latency data processing for VR and AR. While VR focuses on synthetic three-dimensional worlds, AT&T augmented reality efforts could support real-world applications such as smart cities by giving designers and planners the ability to easily visualize hidden infrastructure such as sewers or wiring in three dimensions.

AT&T is working with VR/AR developer GridRaster on the test project, which will be conducted in a test zone at the AT&T Foundry in Palo Alto, Calif. Edge computing is expected to play an important role in supporting AR/VR by augmenting the computing power of mobile devices supporting AR/VR applications. To minimize latency, the computing facilities will need to be located near the network edge.

“By removing the processing power to the cloud, and removing the physical distance between your device and the data center, mobile experiences will be dramatically enhanced,” explained GridRaster CEO and Founder Rishi Ranjan in a press release. “The software behind this edge computing test zone will help us get there, faster.”

GridRaster’s role in the test is to provide the underlying compute and network stack to support AR/VR.

AT&T Augmented Reality
While augmented and virtual reality are often mentioned in the same breath and the AR/VR acronym is a common one, readers likely are more familiar with VR, having seen it promoted in a range of consumer applications. Augmented reality is more of a business application, as former “Mythbuster” Grant Imahara explains in a YouTube video from electronic components distributor Mouser.

Opportunities such as these are driving AT&T’s edge computing strategy. The company sees its existing telecom central offices as potentially playing a valuable role in supporting this vision because, unlike many traditional data centers, those offices are located at the network edge.

The AR/VR project with GridRaster is the first that has used AT&T’s edge computing test zone but the company hopes to test more applications that could use edge computing in the facility.