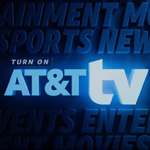 AT&T TV, the company’s live streaming video offering, launched nationwide today at prices as low as $39.99 monthly for the basic offering when purchased in combination with AT&T gigabit internet service on a 24-month contract. The gigabit service costs an additional $39.99 monthly.

Both services are also available on a stand-alone basis for $49.99 monthly. The special pricing will be offered through late June and will apply for the first year of the two-year contract, at which time the monthly cost of the AT&T TV basic service increases to $93.

The launch is the latest example of broadband providers’ efforts to shift viewers away from traditionally-delivered cable TV-style video service, sometimes called “pay-TV” or “linear” video or, as AT&T puts it, “live” video service. Instead of using a dedicated wireline or satellite network to deliver video, broadband providers increasingly are offering the same or similar content streamed over their broadband networks — and not just offering these options but encouraging customers to use them instead of the traditionally-delivered options.

In addition to the basic AT&T TV offering, which AT&T calls “Entertainment” service, the company also offers “Choice” and “Extra” services. “Choice” costs $54.99 for the first 12 months of a 24-month contract and includes more channels, while “Extra” costs $64.99 for the first 12 months and includes yet more channels. To get sports channels, however, customers must purchase a “Choice” or higher-priced package and must pay an additional $8.49 monthly. After the first 12 months, the price for “Choice” service increases to $110 monthly and the price for “Extra” service increases to $135 monthly.

AT&T TV Pricing
AT&T’s initial venture into streaming video was DIRECTV Now, a pared-down linear TV lineup that targeted households that didn’t subscribe to traditional linear video. The offering cost just $35 monthly, raising concerns that the company was not making a profit on the offering. The company later renamed that service AT&T TV NOW and raised the price. The company also launched additional streaming options with broader content lineups and higher prices – including AT&T TV, which until now was available in only 13 markets.

The $39.99 introductory price for AT&T TV is not much higher than the initial DIRECTV Now price, but the requirement to purchase more profitable gigabit internet to get that price undoubtedly improves the profitability of the overall package. The latest pricing is somewhat different from what AT&T initially offered for AT&T TV when it was initially offered in the 13 markets. Initially, the best price available was $59.99, with a $20 discount offered on internet service when purchased with AT&T TV. The best price a customer could get was $89.99 for the bundled option.

That’s a bit higher than the $79.98 price a customer can get now by purchasing AT&T TV and AT&T gigabit internet. But perhaps surprisingly, I didn’t see any reference to a discount on sub-gigabit speed internet service – although perhaps AT&T will continue to offer the $20 discount on internet service when purchased with AT&T TV.

AT&T’s traditionally delivered video options include U-verse TV and Directv. The company already has seen customers migrating away from these options and expects to see that trend continue or accelerate with the nationwide launch of AT&T TV. As of late, AT&T is losing over a million traditional pay-TV customers per quarter on its traditional video services.

Additional information about the nationwide AT&T TV launch and AT&T streaming video pricing and options can be found on this company web page.