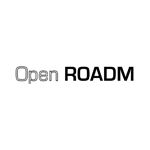 AT&T is moving open ROADM and optical SDN initiatives from the test and demonstration phase to deployment. The first uses of the platform will be in Dallas, the carrier announced last week.

The Reconfigurable Optical Add/Drop Multiplexer (ROADM) technology aims to automatically manage and adjust optical bandwidth on high capacity fiber lines. This additional control and the efficiencies it enables are seen as vital as capacity demands grow. ROADMs ultimately will be used within and between metro areas.

Work on the initiative to this point has been done in the metro network under the Open ROADM Multi Source Agreement (MSA), an industry group tasked with helping create and write industry-wide specifications. The MSA defines software-controlled ROADM operations and how different manufacturers’ equipment should interoperate.

“For the first time, we now have optical interoperability between equipment made by different vendors. We also have common management APIs and a common network model,” wrote Chris Rice and Kathy Tse in a blog post. Chris Rice is the Senior Vice President and Tse is the Director of the Photonic Platform Development group in the Packet/Optical Network organization, both at AT&T Labs.

The project is moving ahead. “We’re now moving toward scaling OpenROADM deployments using multiple vendors and an optical SDN controller that’s integrated into ECOMP,” Rice and Tse wrote. “ECOMP is the operating system for our software-defined network. We’re starting with our OpenROADM deployment in Dallas. Soon, we’ll be deploying OpenROADM technology as the standard design for all metro ROADMs – and eventually all ROADMs.”

The system, which employs AI algorithms, is aimed at seeing the entire network as an integrated entity. The goal is to provide a high-level view of traffic needs across the network, available resources and provide a means of automatically reconfiguring the network to boost capacity.

The MSA team consists of 15 operators and equipment developers. The team now is working on third generation features, including higher rate wavelengths.