Home » AT&T: The Demise of Retail Stores Has Been Greatly Exaggerated, We Plan to Add 1,000 More 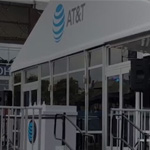 With so much commerce moving online, rumors of the retail store’s demise have been greatly exaggerated according to AT&T. The carrier plans to add 1,000 additional AT&T retail stores to its footprint, making it one of the fastest growing retail footprints in America.

AT&T cites the purchasing process as key to growing the AT&T retail stores footprint. Most customers begin researching online, but then come into a store to purchase, the carrier noted in a press release. AT&T currently operates 5,300 retail stores.

Different types of stores featuring different buying experiences are a part of this expansion plan. For example, AT&T plans to open 100 “pop-up” stores this year, which are small stores located in apartment buildings and other dense urban environments. Pop-ups can be up and running within 60 days of signing a lease.

AT&T also plans on doing more mobile stores, including in new markets where the carrier is launching AT&T Fiber. Smaller market stores are also part of the AT&T retail stores strategy, with some of the new locations tied to FirstNet, AT&T’s joint effort with the U.S. government for a nationwide public safety network.

“We’re working to make our customer interactions more convenient and seamless,” said Rasesh Patel, senior executive vice president of AT&T Digital, Retail & Care in a press release. “We designed our new stores to get you in and out quickly while you’re on the go, so you can enjoy more of your thing.”

AT&T is also working to integrate the retail experience into a broader omnichannel experience, where you can start a transaction, say online, and finish it anywhere else on their network, including a store, the company noted.