Home » AT&T Takes the Gloves Off in Google Voice Fight 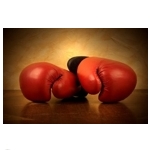 “Game on Google” must have been heard at some point during the discussions among AT&T’s lawyers concerning their ongoing feud regarding Google Voice. They’ve come out swinging with their latest response. They are cleverly calling out Google as hypocritical.

Their latest letter to the FCC paints Google as trying to have it both ways with the so called ‘open Internet.’ Google is on record as supporting unfettered access to everything on the Internet. They are also labeling Google Voice as an Internet service, not a telecom service. In so doing, Google argues that Google Voice does not have to subscribe to the FCC’s ‘call blocking’ rules, which are at the heart of this dispute. Google Voice does not allow certain calls to be terminated in rural areas where they claim access fees are excessively high. AT&T argues that Google Voice should be held to the same standard as telecom carriers, who are currently prohibited from call blocking.

In their latest argument, AT&T takes an interesting angle. They argue that if Google is indeed right with their ‘Google Voice is an Internet service’ argument, then they are violating their own principle of an  ‘open and free’ Internet and violating the FCC’s network neutrality principles. “Ensuring consumers have the ability to go where they want to go on the Internet, communicate with whom they wish and access the lawful content they desire on the devices of their choice were principles that consumer groups, application and content providers and network providers alike supported throughout the discussion. The controversy over Google Voice demonstrates, however, that at least one party believes otherwise when it comes to its own services,” states AT&T in their October 14th letter to the FCC.

In effect AT&T is arguing that if the FCC allows Google to pick and choose where Google Voice can be used, then they set a dangerous precedent that could allow Google to also block “disfavored websites from appearing in the results of its search engine; or prohibit Google from blocking access to applications that compete with its own email, text messaging, cloud computing and other services; or otherwise prevent Google from abusing the gatekeeper control it wields over the Internet?”

As I’ve discussed before, the outcome of this argument has far reaching implications beyond Google Voice. To some degree, it’s forcing the FCC’s hand to settle wide varying and complicated issues like net neutrality, intercarrier compensation, and universal service. Stay tuned. 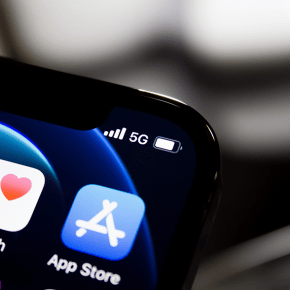