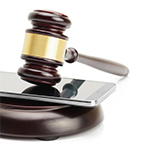 Three of the nation’s four largest wireless carriers – AT&T, T-Mobile and Verizon – have qualified to bid in the upcoming 24 GHz millimeter wave spectrum auction, known as Auction 102. Also on the qualified bidders list are 36 other entities – including U.S. Cellular, Windstream, numerous smaller carriers and others. Not on the list is Sprint, which did not apply to bid in the auction.

Twenty-two entities that initially applied to bid in the auction were deemed not qualified to bid, including Cox Communications and Frontier Communications.

Auction 102 is expected to raise more money than Auction 101 did. Auction 102 will include seven licenses for 100 MHz of spectrum to be issued on a partial economic area basis.

Auction 101 included two licenses for broad swaths of spectrum issued on a county-by-county basis but did not include many major metro markets.

Telecom Advisory Services estimates that Auction 102 will raise between $334 million and $27.5 billion, with $14 billion being the most likely scenario. The consulting firm’s Auction 101 estimate was a bit low, but in the ball park. The firm expected that auction to generate between $41 million and $1.1 billion, with the most likely scenario being about $561 million. The actual number was $702.5 million.

A list of the 38 qualified Auction 102 bidders can be found at this link.

A list of the 22 bidders that did not qualify is available here.