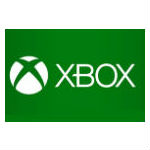 Microsoft has long touted the transformation of the gaming console from a gaming platform to an entertainment hub for the home. Their latest iteration, Xbox One, attempts to do just that – an “all-in-one” entertainment platform. One promise of this transformation was the use of the Xbox platform as a subscription video service set-top-box (STB) replacement, allowing subscribers to ditch their traditional STB on TVs where an Xbox was attached. This vision just took a big hit, as AT&T has discontinued this practice for their U-verse IPTV service (link courtesy of Engadget).

AT&T will discontinue support for the Xbox STB platform on December 31, 2013. They will also issue a $99 credit for subscribers who currently use the service. It is not known how many subscribers use the Xbox platform for a U-verse TV STB.

AT&T is the largest IPTV provider in North America, with over 5 million subscribers. Their adoption of the Xbox platform as a viable STB for U-verse was seen as validation of both the aforementioned gaming platform transformation and the ongoing shift away from traditional STBs for video service. It’s not exactly clear why AT&T made this decision. There are a number of possibilities.

Mediaroom, the middleware that runs U-Verse, is no longer a product of Microsoft, which also makes the Xbox. Perhaps Mediaroom’s new owner, Ericsson, decided to go in a different direction. Or perhaps the idea of going the traditional STB route no longer makes sense for the Xbox. TV apps like Time Warner Cable’s for the Xbox provide much of the same functionality, with much less integration hassle.

Comcast and Verizon have similar approaches for the Xbox 360. To date, Verizon is the only announced traditional TV service provider app for the new Xbox One, although I suspect others will soon follow (there are a variety of video apps from OTT providers like Netflix, Hulu, etc). Indeed, perhaps the cloud approach to TV service, where apps are the gateway to subscription video content, will be the trend that makes STBs obsolete, whether they come in the form of a gaming platform or otherwise. Then again, perhaps the definition of a STB needs to be revisited.