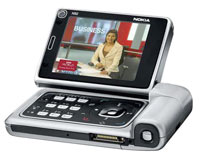 AT&T gave a glimpse into their 4G strategy, announcing they will use their considerable 700 MHz spectrum holdings for forthcoming long term evolution (LTE) technology. It’s the clearest direction AT&T has given to date about their long term 4G plans. AT&T says its 700 MHz spectrum will cover 100 percent of the top 200 markets and 87 percent of the U.S. population, “enabling the company to better compete in a vibrant and dynamic marketplace.” RCR Wireless is reporting that AT&T will also supplement its 700 MHz spectrum with AWS spectrum they acquired in a 2006 FCC auction.

In other 4G news, Sprint announced a delay in their 4G WiMAX plans. Xohm, Sprint’s identified WiMAX brand, will not launch in April as had been previously discussed. Sprint executives continue to publicly support Xohm, and promise it will soon be a reality. Verizon Wireless is expected to announce their 700 MHz plans soon. They have previously committed to LTE, but they will offer more details on their 700 MHz plans on April 4th. All of this talk of LTE and 4G by AT&T and Verizon should put pressure on their cable MSO competitors to outline their 4G wireless strategy. Will they go it alone with their own AWS spectrum, or will the rumors of a WiMAX joint venture with Sprint come true. With LTE research and development efforts providing wireless 100 Mbps speeds, one would have to conclude that the cable industry can’t afford to sit 4G out, as they have with the first three generations of wireless.