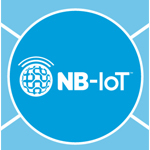 He also noted that both IoT services allow devices to not be connected when they are not actively transmitting, which increases flexibility and reduces costs.

NB-IoT is aimed at stationary use cases that have basic data requirements such as simple sensors, on/off buttons, smart agriculture, smoke detectors, door locks and industrial monitors, according to Penrose.

The post says that both networks connect coming “out of the box” and don’t have the complexity of setting up Wi-Fi or Bluetooth. Both reach into buildings and underground. Penrose’s goal is to certify $5 modules that connect devices to NB-IoT. Another goal is multi-mode modules that support both NB-IoT and LTE-M. Pricing plans are now as low as $5 per year per device, he said.

Last June, AT&T said that it would launch the NB-IoT network early in 2019 in the United States.

AT&T is not the only carrier in the NB-IoT game, of course. Last July, T-Mobile launched its NB-IoT network nationwide. The company said at the time that it was the first such network in the United States.