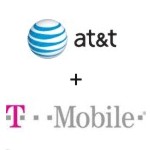 In a somewhat surprising move, the U.S. Dept. of Justice has filed a federal suit to block the proposed AT&T – T-Mobile merger. This move doesn’t derail the merger entirely, but does make it much more difficult to achieve. AT&T could still negotiate a deal, although it would look very different than the original.

The Justice Department based their decision to sue on antitrust concerns, saying “AT&T’s elimination of T-Mobile as an independent, low- priced rival would remove a significant competitive force from the market …” The FCC has issued a statement saying “Competition is an essential component of the FCC’s statutory public interest analysis, and although our process is not complete, the record before this agency also raises serious concerns about the impact of the proposed transaction on competition.” Ouch.

This move by the DOJ literally moved markets, as Sprint’s stock price has risen considerably as a result of the news, and AT&T’s is going in the other direction. AT&T has a lot to lose if this transaction is not completed, not the least of which is a break-up fee which is reported to be somewhere in the range of $3 billion to $7 billion (in both cash and other considerations).

In what was probably a pre-emptive move to this announcement, AT&T made a guarantee to bring 5K jobs back to the U.S., if the deal were approved. My guess is they will have to do a lot more ‘horse trading’ than that, to get this deal done. Whichever way the deal heads, it will have considerable implications on the competitive landscape. For today, AT&T’s competitors are smiling. But stay tuned …