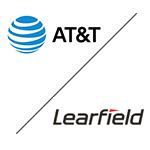 Telecom providers and universities are finding synergies, as news this week about a deal between AT&T and college marketer Learfield illustrates. Learfield traditionally has focused on “athletic rights,” representing the school in deals with people who want to sponsor events or advertise, explained Chris Roy, AT&T vice president of global public sector, in an interview with Telecompetitor. But the AT&T Learfield deal takes that idea further.

For several decades, AT&T has worked with Learfield in terms of advertising and sponsorship of athletic events and also has similar deals with other companies similar to Learfield, Roy said. The new deal, he said, “is more campus engagement.”

Rather than simply engaging with fans in a stadium a few times a year, the new deal targets the entire student body seven days a week at the universities that Learfield represents.

“Learfield has relationships with schools at the chancellor and president level,” Roy noted. Working with Learfield, he said, “allows us to take these ideas to these schools” and gain the attention of decision-makers at the schools.

Roy hinted at other potential benefits of the AT&T Learfield deal. “We find a lot of universities that are in a position where… they are looking for someone to help pull them out of [information technology] management work and get back to education,” he commented.

Other potential synergies between AT&T and the universities?

AT&T has an “enormous need” to recruit qualified employees, and universities have an enormous need to help graduates find jobs, Roy noted.

AT&T and Learfield already have strong interest on the part of some universities in working together along the lines Roy outlined.

“The reason we crafted the formal agreement is so we can explore those together,” he said.

The deal also could help achieve goals that are more difficult to quantify but are also important.

AT&T, Roy noted, would like to “build life-loyal brand awareness.” If AT&T can cement brand loyalty with students when they are young, the benefits could last for decades.