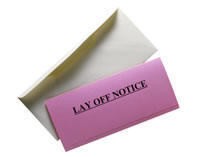 So much for telecom being immune to the bad economy. AT&T announced it’s laying off 4% of its work force, saying economic pressures and shifting business models are to blame. The cuts will take place throughout 2009. Looks like reality is setting in, and unfortunately it’s a hard pill to swallow, especially for the 12,000 employees who will be let go. I wonder though if the bad economy is kind of a convenient “truth” for an inconvenient reality of an inevitable downsizing of the telecom sector. Details of AT&T’s announcement are sketchy as I write this post, so it’s more speculation on my part than anything else. But I suspect that many thousands more jobs will be lost in the months to come from the telecom sector, and having the worst economic climate in decades makes those cuts more “reasonable” from a PR perspective.

Not unlike other industries, telecom is undergoing a fundamental change in business model and direction. It’s an industry still largely built (from a personnel point of view) on traditional wireline telephony. We all recognize that wireline telephony (at least in the traditional sense) is on its way out, being replaced by wireless, broadband, and entertainment. That shift requires new/different skill sets and attitude. Unfortunately for the existing telecom workforce, it also requires fewer headcount. Building and maintaining a circuit switched telephony network is a massive undertaking, requiring a proportionally massive workforce. But that was yesterday’s network. Today’s telecom network is now being built on wireless and “connectionless” IP networks, requiring far fewer workers to build and maintain it. You couldn’t proactively monitor and remotely repair a circuit in the 80’s. Now you can, meaning you don’t need as many people. Hopefully, many of these downsized workers will find similar positions in the growing cable telephony sector. They’ll probably be lower paying jobs and there certainly won’t be a one-for-one replacement ratio – but every little bit helps. As far as the traditional telecom sector, I fear today’s AT&T announcement is one of many to come, and conveniently placed within the context of a huge economic downturn. It’s cleaner that way.