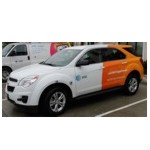 AT&T will bring their FTTH powered GigaPower service to 38 additional markets in 2016, the company announced yesterday. The move will double the AT&T GigaPower footprint, which currently passes 1 million homes in 18 markets. Areas within Los Angeles metro and West Palm Beach, Florida will be turned on immediately.

In addition to competitive positioning, this AT&T GigaPower footprint expansion is also tied to their recent DirecTV acquisition. As a condition of FCC approval, AT&T agreed to expand FTTH to at least 12.5 million locations.

GigaPower offers speeds of up to one gigabit, and targets specific neighborhoods, developments, MDUs, and business parks in each market. AT&T is not overbuilding entire markets with FTTH. Rather they are being selective with gigabit availability, a practice they thank Google Fiber for pioneering.

AT&T GigaPower Footprint
AT&T began their gigabit journey about two years ago, largely in response to Google’s move into the broadband service provider business, which targets many AT&T markets (but interestingly enough, totally avoids Verizon’s turf). AT&T says this latest expansion plan will bring GigaPower availability to 14 million locations. The expansion list includes many tier 1 and 2 markets, including San Diego; St. Louis; Milwaukee; Wichita, KS; Lubbock, TX; and Asheville, NC, among many others. A complete list can be found here.

AT&T has an advantage over Google, in that they have extensive inside and outside plant in these markets and can get to market quicker. Google has to start from scratch.

“On average, it takes us less than a year from the time we announce AT&T GigaPower plans for a new metro to when we install service in the first customer’s location,” reports Brad Bentley, EVP & Chief Marketing Officer of Entertainment & Internet Services at AT&T in a blog post about the AT&T GigaPower footprint expansion.

AT&T will have more to worry about than just Google Fiber though. The cable industry is just ramping up their gigabit plans, with DOCSIS 3.1 deployments to take hold in 2016. Comcast and Cox, among other cable MSOs, plan to bring gigabit services to wide portions of their footprint.

The broadband wars will enter a significant phase in 2016. Recent research highlights the importance speed plays in broadband churn, having more importance than cost, according to one study.