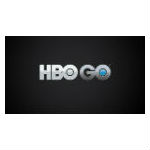 A new announced AT&T free HBO promotion ups the ante for the ongoing unlimited wireless wars. AT&T will now give unlimited wireless plus plan subscribers a complimentary subscription to HBO Go, the streaming version of the popular premium channel.

The AT&T free HBO promotion applies to AT&T wireless unlimited customers, whether or not they subscribe to one of AT&T’s video offers. Those video offers include DIRECTV, DIRECTV NOW, and legacy U-verse TV subscribers.

Customers can download the HBO GO app to access the service, or they can download the DIRECTV NOW app, and access HBO from there. HBO normally costs subscribers $15 per month. AT&T will provide a credit for the service beginning in month two. They must subscribe to the unlimited plus plan, which starts at $90 per month.

“Our customers want wireless entertainment on their terms, and we’re going to deliver,” said David Christopher, chief marketing officer, AT&T Entertainment Group in a press release.  “We are now including HBO when a customer has AT&T Unlimited Plus – giving you unlimited access to Game of Thrones, Silicon Valley, VEEP and more.”

AT&T has leveraged HBO before. They’ve offered it on their OTT streaming service DIRECTV NOW at a disruptive price of $5/month. They are clearly leveraging their clout as the largest pay-TV provider in the country with these HBO offers. Entertainment and wireless bundles are very much in vogue these days, with just about all major carriers bundling some form of entertainment offer with their wireless plans.