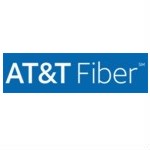 Key AT&T XGS-PON markets now include Atlanta, Charlotte, Chicago, Detroit, Los Angeles, Miami, and San Francisco, among many others. An AT&T spokesperson wouldn’t confirm total homes passed with XGS-PON, telling Telecompetitor in a statement that it equates to a “just a few thousand locations as we’re at the beginning of our deployment.”

The spokesperson says AT&T is using multiple vendor XGS-PON platforms, all of which have been certified by the carrier. AT&T XGS-PON FTTH will support gigabit speeds, and perhaps beyond.

AT&T has been looking at XGS-PON since 2017 or earlier. Back in 2018, AT&T shared additional XGS-PON plans with Telecompetitor, including a plan to leverage software-based networking and network virtualization. A stated goal at that time was to leverage an open control plane that can work with any customer premises equipment with the appropriate open interfaces.

Several other carriers have announced XGS-PON migration plans, Including Frontier and Lumos. One notable carrier has not. Verizon, the largest FTTH provider in the U.S. has a different path, selecting NG-PON2 as their next generation FTTH platform.

NG-PON2 provides 40 Gbps symmetrical throughput. Verizon says it will power all of their fiber broadband needs including residential broadband, enterprise, and wireless (particularly 5G backhaul), across one universal network.

AT&T XGS-PON FTTH
It sets up an interesting industry scorecard of sorts, as the two key U.S. FTTH players select different paths for their FTTH future. At least their mid term future. Conventional wisdom in the fiber broadband industry suggests NG-PON2 is the platform most providers will eventually adopt, with XGS-PON as an interim step to get there.

Verizon seems to be leapfrogging that approach. For what it’s worth regarding conventional wisdom, the AT&T spokesperson tells Telecompetitor, that “AT&T is not currently planning to use NG-PON2 at this time.”