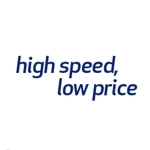 It’s pretty clear now that big telephone companies like AT&T and Verizon are positioning their DSL broadband product as a value play against their cable broadband competition.

Case in point is AT&T’s latest DSL promotion (via BroadbandReports.com), which offers 3 Mb/s DSL for $15/month and 6 Mb/s for $20/month. Both deals are based on 12 month terms.

AT&T and Verizon have been losing traditional DSL customers by the thousands for the past few quarters. Some of those defections are converts to these company’s premium broadband brands, U-Verse and FiOS, but many of them are also churning away to competing cable broadband offers, which advertise much faster speeds than PODS (plain old DSL service).

They really have no choice to stop the bleeding than to position DSL as the value option for broadband. The long term prospects of such a tactic aren’t promising. You’re left with a customer base that looks for the cheapest, either from you, or someone else. Makes you wonder how long they intend to keep these customers.