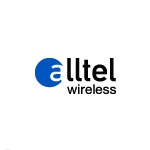 AT&T and Verizon engineered a swap of wireless assets (and some cash) in order for Verizon to gain approval for its acquisition of the former rural wireless carrier Alltel. The swap involved AT&T buying approximately 1.5 million new subscribers across an 18 state footprint. As a part of the deal, Verizon received approximately 120,000 subscribers in Louisiana and Mississippi that were formerly Centennial Wireless subscribers, which was acquired by AT&T.

The Wall Street Journal is reporting that the FCC may be close to approving the AT&T – Alltel transaction. Once approved, AT&T plans on converting the former Alltel subscriber base from its CDMA legacy to GSM.

The Alltel story doesn’t end here though. An additional 895K subscribers in Georgia, North Carolina, South Carolina, Illinois, Ohio, and Idaho were also ordered to be divested by Verizon to get the Alltel deal done.

As we’ve reported, that cluster of Alltel assets was sold to Atlantic Tele-Network, who has since formed Allied Wireless to serve those customers. Allied Wireless has decided to retain the Alltel brand and is in the process of getting their operations off the ground.  It’s quite the convoluted transaction.