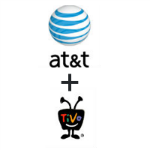 AT&T has agreed to pay TiVo at least $215 million over the next seven years to settle pending legislation. The parties also entered into a cross license of their respective patent portfolios in the advanced television field.

The settlement was a substantial victory for TiVo, which had charged that the DVR included in AT&T’s U-verse advanced video offering infringed on TiVo patents.

In an announcement of the settlement issued yesterday, TiVo CEO and President Tom Rogers said the deal acknowledges the value of TiVo’s intellectual property. “This settlement, on the heels of our recent operational success that has resulted in the growth of TiVo’s overall subscriber base, is another major accomplishment for TiVo and we believe a great outcome for our shareholders,” said Rogers. “The combination of guaranteed payments and future additional fees paid to TiVo in the event that AT&T’s pay TV business continues to grow in-line with consensus analyst expectations, represents hard-earned compensation for our IP enforcement efforts.”

The settlement calls for AT&T to pay TiVo an initial $51 million, followed by recurring quarterly guaranteed payments through June 2018 totaling $164 million. In addition, AT&T will make additional payments should its DVR subscriber base exceed certain levels.

Rogers told the AP reporter that the size of AT&T’s settlement was related to the fact that AT&T heavily marketed its DVRs as a key differentiation point.

TiVo is pursuing other video service providers, including Verizon, with similar patent claims. With both AT&T and Echostar/Dish Network in the win column, TiVo looks to be quite formidable with these disputes.