The AT&T 5G Innovation Studio, which opened last week, is underpinned by a range of advanced technology. We talked to Raj Savoor, AT&T vice president of network analytics and automation, about that technology, which uses AT&T’s 5G network operating in the millimeter wave band and in sub-6 GHz spectrum, the company’s next-generation 5G core network, and two different types of edge computing.

The purpose of the AT&T 5G Innovation Studio is to provide customers and other industry players to “ideate, test and validate new 5G-centric applications across a variety of industries,” AT&T explained in a press release.

Key technology vendors Ericsson and Nokia are sponsoring the studio.

More recently, however, carriers have begun to deploy standalone 5G, which as Savoor noted, has “the ability to tune and optimize the experience to a specific end user or type of end user device.” This capability, known as slicing, would enable carriers to set up something akin to virtual private networks with service parameters to match a specific type of use case.

Savoor pointed to work already underway at the AT&T 5G Innovation Studio involving remote control of drones without line of sight. It’s an application that needs ultra-low latency, and AT&T is able to use network slicing and the standalone next-generation 5G core to provide that.

The purpose of edge computing is to match the low-latency of 5G networks with cloud resources located close enough to the end user or end application to also have low latency.

The two types of edge computing that AT&T expects to use in work at the AT&T 5G Innovation Studio are on-premise multi-access edge compute (MEC) and an offering known as AT&T Network Edge (ANE).

“MEC would generally be at an enterprise customer edge location,” explained Savoor. “ANE is on our network” and leverages AT&T’s partnership with Microsoft Azure.

Asked when it would be appropriate to use MEC and when ANE would be a better choice, Savoor noted that some healthcare and manufacturing applications might use MEC, while autonomous vehicles are likely to use ANE.

Initial autonomous car applications include using video analytics in combination with image and video feeds to detect if workers are using protective equipment and to detect impairments on freeways, Savoor said.

Asked how close edge computing resources would be to the end user or end application, Savoor said the answer will depend on the application.

Another area that Savoor expects to see explored at the AT&T 5G Innovation Studio is interoperability between 5G and Wi-Fi 6. Both technologies are designed to support high-speed communications, and applications leveraging them “are developing really fast,” Savoor said.

The ability for an app to interoperate if, for example, one participant is on 5G and another is on Wi-Fi 6 will be in demand, Savoor noted. 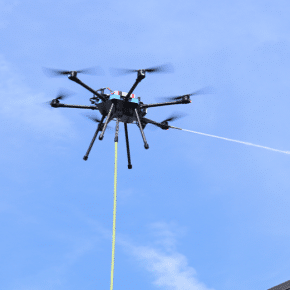