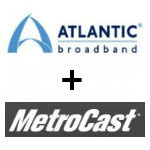 Consolidation in the pay-TV market isn’t limited to tier 1 companies, as an announcement today from tier 2 cable operators Atlantic Broadband and MetroCast Communications illustrates. Atlantic Broadband, owned by Canada’s Cogeco Cable, said it has reached an agreement to acquire “substantially all of the assets” of MetroCast’s Connecticut operations for US$200 million. According to its website, MetroCast also operates in New Hampshire, Maine, Pennsylvania, Connecticut, Maryland, and Virginia.

Cable Consolidation
The Atlantic Broadband/ MetroCast deal comes just days after reports emerged that T-Mobile and Dish Networks were in talks to merge.  If that deal is solidified it will be the latest in a string of tier 1 merger plans that also include AT&T/ DirecTV  and a three-way merger involving Charter Communications, Time Warner Cable and Bright House Networks.

Deals such as these are driven, in part, by pay TV providers’ desire to obtain scale in order to improve their bargaining position with content providers, who have been asking for huge increases in what they charge pay TV providers to carry their content. Another important factor in some deals is the desire to be able to compete across a broad range of services as mobile video becomes increasingly important.