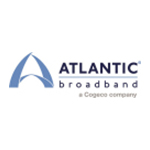 Atlantic Broadband continued in its role as broadband provider consolidator with the news today that the company plans to acquire Connecticut-based Thames Valley Communications. The acquisition, which is expected to close within three months, will bring approximately 10,000 customers in the communities of Groton, Mystic, Stonington, Pawcatuck and Gales Ferry into the Atlantic Broadband fold, an Atlantic Broadband spokesperson told Telecompetitor in an email.

A subsidiary of Cogeco Communications, Atlantic Broadband is the eighth-largest cable operator in the U.S., based on the number of television service customers served. The company offers service in 11 eastern states stretching from Maine to Florida.

Another key deal for Atlantic Broadband was the 2018 acquisition of FiberLight’s south Florida network.

Gigabit Assets
Atlantic Broadband has invested considerably in its network in recent years. In 2016, the company said it was the first to offer gigabit broadband service in Connecticut. And in April 2019, the company set the lofty goal of making gigabit service available to 90% of its footprint by mid-year.

Thames Valley Communications also offers gigabit service in some areas, according to a press release about the Atlantic Broadband deal.