Home » ATIS Tackles PSTN Transition. Did The FCC Have a Hand In This? 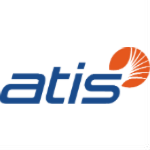 You’ve got to wonder if FCC Chairman Julius Genachowski and Susan Miller, president and CEO of the Alliance for Telecommunications Industry Solutions had some sort of power lunch late last year.

Just a few weeks after the FCC organized a public workshop on rural call completion issues, ATIS announced that it had a plan in place to devise an industry-led solution to the problem. Not long after the rural call completion workshop, the commission also held a couple of workshops about transitioning the public phone network to modern technologies —and yesterday ATIS announced a PSTN transition initiative.

The Genachowski FCC seems to have a fondness for industry-led solutions and I doubt I’m the only one pondering whether the FCC may have essentially delegated both the rural call completion and PSTN transition tasks to ATIS.

According to an announcement from ATIS today, the organization is putting in place a “PSTN transition landscape team” tasked with “making a high-level comprehensive assessment of critical issues associated with the transition underway from the PSTN to an IP-based network.”
Specifically the team will:

The announcement also notes that the group’s focus will encompass security issues as well as “the transition of the network to meet key societal goals.”

Based on the team’s findings ATIS said it will undertake further work on this subject.

“ATIS sees this work as a major opportunity to advance service in the new network,” said Miller in the announcement. The landscape team, she said, will be a “major force” in transitioning to next-generation networks.

ATIS isn’t shy about noting its close ties with at least two FCC entities. As the announcement notes, the PSTN transition landscape team is “closely aligning its efforts” with issues set forth by the FCC’s Technical Advisory Council Task Force and Critical Legacy Transition Working Group.

If indeed the FCC essentially handed off rural call completion and the PSTN transition to ATIS, it’s not difficult to guess why. When the commission tried to devise its own industry solution to the Net Neutrality problem, those who were not invited to so-called “closed door” meetings accused the FCC of playing favorites. Now it will be up to ATIS to address any such complaints.

And I suspect the organization will get some, considering that there isn’t a lot of diversity at the top of the PSTN transition team. Co-chairing the team will be executives from AT&T and Verizon—Brian Daly, director of core & government/regulatory standards for AT&T Mobility Services and Mike Nawrocki, director of wireline standards for Verizon Network & Technology.

Anyone wanting to weigh on this will need to act fast, though. The team is targeting to complete its work by March 31, 2012.